“What baffles me most in the world is the mystical nature of the Universe and its ever-increasing entropy, an infinite amount of information yet to be processed and deciphered, unravelling new ways for us to get a much better understanding of it.” - Anudit Verma

When you hear this term ‘Random’, what exactly goes into your mind? What picture do you form in your brain? Perhaps you might have thought of a number being generated out of the blue on a screen or someone drawing a numbered ball from a bowl full of them. But have you ever wondered about the randomness of the numbers being generated by a machine like computers, are they really random or not?

A simple answer to this question is they are not, in reality, the numbers used in computer programs are pseudo-random, which means they are generated in a predictable fashion using a mathematical formula. This is fine for many purposes, but it may not be random in the way you expect if you’re used to dice rolls and lottery drawings. To solve this problem RANDOM.org comes to the rescue, they offer true random numbers based on the atmospheric noise, which for many purposes is better than the pseudo-random number algorithms typically used in computer programs. But is this really a true randomness are we talking about? What about the case when you can still track down to these atmospheric noises and still be able to somehow determine the outcome.

Quick fact: About 1% of your Television’s static (white) noise of random dot pixel pattern are the remains of the afterglow of The Big Bang!

We need to widen our scope and get to the quantum level for this discussion, what could be the most non-deterministic and untraceable way to generate a truly random number? Answer to this might lies to the starting point when the Universe was created and in that process, we human beings and our world might be just an accidental creation, the location of earth, the favourable environmental conditions for sustaining life and moreover the randomness which lies within us, the different percentage of atomic composition of different elements, that made us unique from others. I think this seems to be a more convincing answer for a true randomness.

Good point Mr White! Now let’s bring chaos theory into this picture or we call it The Butterfly Effect, so why this name? Because now imagine this, the minor perturbations such as the flapping of the wings of a distant butterfly several weeks earlier can cause a hurricane. Woah! Right? Even though we are talking in a metaphorical sense but see a very small change in initial condition had created a significantly different outcome. The butterfly effect is exhibited by very simple systems. For example, the randomness of the outcomes of throwing dice depends on this characteristic to amplify small differences in initial conditions—the precise direction, thrust, and orientation of the throw—into significantly different dice paths and outcomes, which makes it virtually impossible to throw dice exactly the same way twice.

The infinite Universe, entropy, randomness and chaos, let’s put all these things into a perspective of Aristotle and his attempt to explain about infinity and possibility of an order in chaos, here comes The Infinite Monkey Theorem, watch the video for an explanation.

Probably the next time you would wonder that ‘Random’ is just not a word defined for uncertainty in nature but it’s much beyond that, from the infinitesimal particles at the quantum level to the humongous objects in the Universe, and of course someday this might happen: 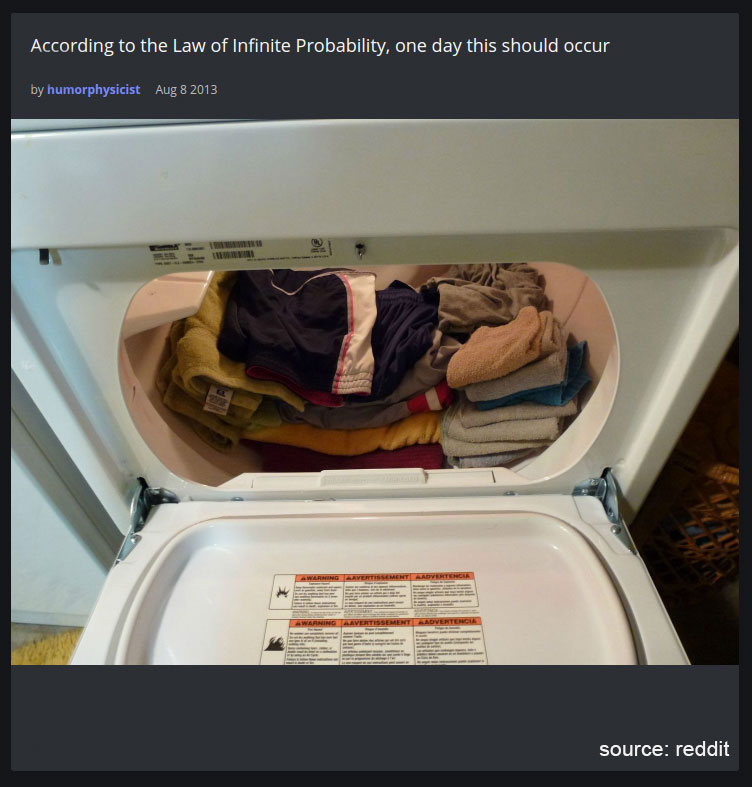 Thank you for reading.

And one more thing, here is an amazing fact about Breaking Bad: 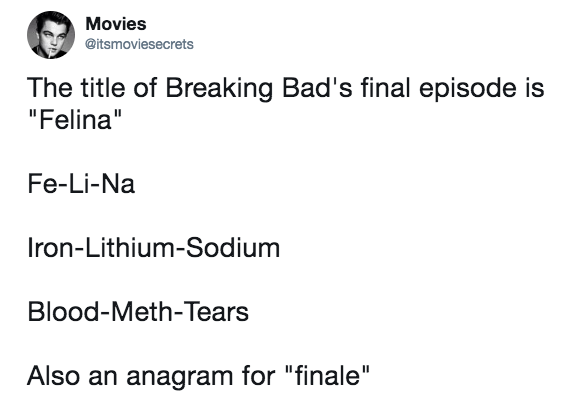